THE NIGHT I MET IDRIS

The NAACP Image Awards show has been held at the Pasadena Civic Auditorium for many years now. The 3,000 seat performance hall is also home to the Daytime Emmy Awards and America's Got Talent. This particular year was one of the first (that I remember) where so many A-List talents were going to be present. If I'd known who Michael B. Jordan was then I probably would've sat next to him to see what was up. HAHAHAHA. Don't be jealous babe, I didn't know you yet ;-)

The days leading up to the show were exciting, long, and I was pretty exhausted the night of. Mo and I had three clients to style for the awards show, press events, and dinner: Wendy Raquel Robinson, Tatyana Ali, and Roslyn Brock - the NAACP Chairman Emeritus who made history as the youngest person and 4th woman to hold this position. Each of these three women was not only attending but presenting awards at the show. Wendy was also nominated for Outstanding Actress in a Comedy Series - and won. 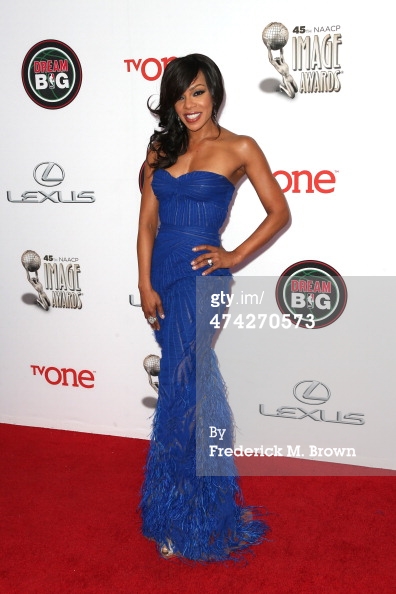 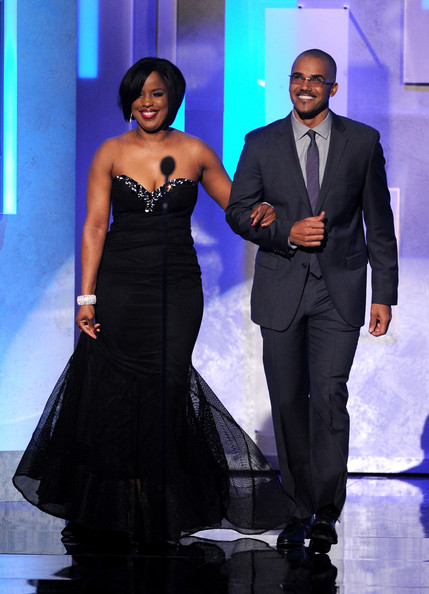 As a celebrity stylist, it's our job to ensure that the Talent not only looks good in their wardrobe but also feels confident with their Look. The wardrobe for each event is carefully researched and planned out for days, weeks, and in some cases, months in advance depending on the Talent, Event, and Designer worn. The role of a Stylist and the work it entails is not glamourous. Don't be fooled, people! Long nights, tons of research, phone calls, emails, visits to multiple showrooms, and balancing egos and multiple personalities are required. Not to mention late-night fittings and very early mornings that revolve around the Client's schedule.

I'd styled other celebrities for the Red Carpet before but never three clients at once and never for the same events. I was still a bit of a novice so this was an excellent opportunity for me to learn more about the business, navigating celebrity clientele, and network! However, attending the show was still up-in-the-air. Just because you're styling a celebrity for an event doesn't automatically gain you access to the event. That's also a fantasy that a lot of aspiring (Celebrity) Stylists have. And no, it (usually) isn't because the Talent doesn't want you there. Ticket availability plays a huge role in whether or not Talent can bring their "Glam Squad" with them to an event. How well you click with the client and how much they believe in you also plays a factor in how much access you're granted. But that's life, right? Anyway, the odds of me getting tickets were even lower because I was the co-stylist for this particular gig.

The day of the awards show was pretty hectic. Luckily, there were two of us and all three clients were within a 30-minute radius. Anyone who's driven in LA knows how much of a blessing that is! LA traffic is a NIGHTMARE. That morning I met with Roslyn at her hotel. Mo was with Tatyana at her place, and we both met at Wendy's house that afternoon. Mo and I still didn't have tickets to attend the awards show nor the after-party but as the adage goes: "if you stay ready, you ain't gotta get ready".

I didn't know what to expect that day but I wanted to make sure that I wasn't caught slipping in case the opportunity to attend the show and after-party arose. I wanted to be sure to look and feel my best. Because IF the opportunity presented itself - I was going to tear through that place! Lol. I was dressed comfortably for the day in a fluid white tank, black drop crotch, side split Haute Hippie pants w/a pair of wedge sneakers - I was fly for 2014. Lol! My hair was cut short, and I always made sure it was on point!! I had just cut it into a wedge bob circa Mary Quant, and I had my Style Essentials packed in the car and ready to rock - just in case. Which I highly recommend by the way! Often we go one from location to the next and don't always have the time to stop home to transform our Look. You should always have a few key items in your trunk ready to go. I'll be sure to share what those items are on the blog!

We had 20 minutes to get ready. As we watched Wendy and Tatyana's Red Carpet arrivals from Wendy's living room, we received a call telling us that if we wanted to go, the tickets were waiting for us. Mo and I grabbed our bags from the trunk and did what we do best! I headed straight for Wendy's guest bathroom, washed my face, brushed my teeth, and did a 10-min makeup application. Red Lips were becoming my signature, so I pulled out my trusty go-to lipstick: "Ruby Woo". I quickly changed into a white hidden button-down collared shirt and black high-waist skinny pants. I added a collar necklace accented with black, white and gold stones, and threw on a pair of white patent, black cap-toe Chanel pumps. And lastly, a black satin lapel tuxedo blazer. I was the only woman there wearing a Tux. People kept stopping me and telling me that I reminded them of Janelle Monáe and how beautiful I looked. Always best to stand out rather than fit-in ;-)

The Awards Ceremony was nice. As a former journalist, Oprah was my inspiration. Growing up on the Southside of Chicago and looking for successful women in that industry to admire, she was goals. I was determined to meet her that night.

The after-party was directly next door to the ceremony and comprised of two floors and several adjoining rooms. The first floor was set up like the Oscars ceremony or your typical banquet hall room: tables everywhere and people sitting, eating, and mingling.

As I walked through the crowd, I heard my name being called from a table nearby. I turned and saw Roslyn Brock's mother, Mrs. Sampson flagging me down to come to their table. What I later learned is that during Roslyn's fitting, her mother and others present took a strong liking to my disposition that day. As I approached, I saw Oprah standing nearby having a conversation with someone. "This is my moment," I thought to myself. Mrs. Sampson introduced me to several key players at their table and spoke very highly of me! I was surprised, delighted, and very humbled.

After exchanging pleasantries, I was on a mission! Oprah was leaving the party and I was doing my best to reach her before her guarded exit. Unfortunately, I was unable to do so. But I continued to work my way around the facility and began to notice that the after-party was comprised of excited party-goers none of which were my potential clients. After mingling a bit I decided to leave. I was exhausted.

As I headed to my car, I bumped into Mo outside chatting with a few folks: "Brandi!!! WE DID IT! Now, we rest. Are you heading home?" Mo said goodbye to her people and proceeded to walk with me to the parking garage. As we stood at the light waiting for it to change to cross the street, I saw a 6'2' chocolate man with a confident demeanor exiting the garage. He was wearing a black tuxedo and a pair of black medium size full rim glasses. I noticed him but wasn't sure who he was, yet. And by this time, my only mission was uninterrupted sleep.

As the pedestrian light turned green, Mo and I began to approach that statuesque man standing near the parking garage. As I crossed the street my phone buzzed. I reached into my clutch to check my messages I hear Mo utter: "Idris?!" I immediately looked up and there he was standing next to me with that charismatic smile. As Mo refreshed his memory with details of a show of his that she costumed and how they knew each other, I observed his calm, cool, and welcoming demeanor. As they spoke, I stood there admiring my only Hollywood crush as he stood less than 6 feet away from me as chill as can be.

While Idris's memory was being refreshed he turned his eyes towards me and quickly introduced himself: "I'm Idris!” he said in his British accent. As he shook my hand, he kissed my left cheek and said "Wow. You look great!" I engaged with a confident smile and thanked him for the compliment. As we stood there chatting, Mo suggested we take a pic. I later regretted not asking for a pic of him and me, but once home that night - in a state of euphoria, I boasted to my girls who knew just how much I loved me some Idris Elba! Lol. Later that night, I received a follow from him on IG. After several pushes to slide in his DM, I decided that I was just too much of a Lady to do so. Although my husband did slide in mine and look at us now - he's my Sexiest Man Alive. ;-)

Photo of Idris Elba on the cover of GQ magazine is ©GQ Magazine and Idris Elba.

Your Image is Your Business...